All About The Washington County Airport

Read this in 7 minutes Skip To Map

Every year, thousands of flights take off from the Washington County Airport in Washington, PA. Hundreds of people work there. The airport brings millions of dollars a year to the county. And it’s growing.

The airport has a mile-long runway that is mostly east-west, lighting for night operations, an automated weather system and an instrument landing system to land in any weather. There’s no air traffic control tower.

The airport can accommodate all types of aircraft any time of year. A dozen large hangars house the jets. Most of them are owned by corporations. The county owns three dozen T-hangars that people lease for their smaller planes.

Skyward Aviation is the Fixed-Base Operator (FBO) that runs the airport. An FBO is a commercial business that leases space at an airport to provide services – terminals, fueling, light maintenance and cleaning for transients, and passenger and pilot lounges. Transients are planes that aren’t based at the airport.

Every year, thousands of flights take off from the Washington County Airport in Washington, PA. Hundreds of people work there. The airport brings millions of dollars a year to the county. And it’s growing.

The success of the airport was attributed to its unique public/private partnerships in a report by the Redevelopment Authority of the County of Washington (RACW).

The airport is an economic generator and aviation asset for the county, the Redevelopment Authority wrote in a report. Written ten years ago, similar or better results would be expected today regarding the airport’s positive impact on the county, Bob Griffin, Economic Development Director at RACW indicated. The report showed the following economic impact:

In recent years, airfield pavements were rehabilitated and runway markings were repainted. A flight planning room, pilots lounge and other amenities were added to the terminal. Snow removal equipment was upgraded. The 400-acre facility grew as the county bought land with an eye to other renovations – like making the runway longer so planes could achieve altitude faster. The goal is for the airport to become a premier general aviation facility.

Groundwork has been laid for expansion in the future to provide additional space for corporate aircraft.

The Civil Air Patrol (CAP), the civilian auxiliary to the U.S. Air Force, has a presence at the Washington County Airport. Across America, CAP has undertaken search and rescue missions, disaster relief, humanitarian services and Air Force support.

Locally, twelve cadets from ages 12 to 21 are part of the Civil Air Patrol, Commander of the Washington County Squadron Captain Samantha Boettner said. They learn leadership skills and character development, take part in drilling ceremonies, study aerospace and may participate in emergency services. Cadets learn about flying planes through five hour-long orientation flights. Some cadets may go on to join the military, become pilots or reap the rewards of self-improvement.

The Civil Air Patrol meets at the Flyers Cub Thursdays at 7:00 PM. There are 12 senior members, 21 and older, as well.

The airport is a relief airport for Pittsburgh International Airport. Relief airports like Washington County Airport handle aircraft with lower capacity and slower speeds that could otherwise clog larger, international airports. In that model, the larger airport is freed up to handle more flights from larger craft, processing more passenger traffic more efficiently. Air traffic is improved over a wide area.

The airport is home to the Washington Flyers Club, a social organization for pilots and unlicensed aviation enthusiasts. The club gets people interested in aviation, promotes aviation safety and teaches the history of aviation in a social setting.

In 2021, Skyward Aviation and other companies located at the airport invited people to see the facility and ride an airplane at FlightFest 2021.

This article was published in November 2021 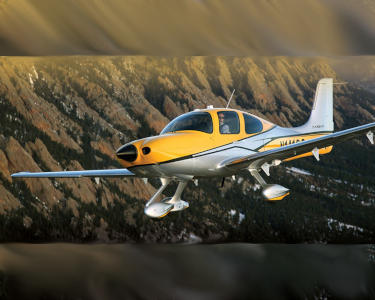 During FlightFest 2021, people can experience the excitement of flying in a small plane or even a helicopter… continue reading