Read this in 7 minutes Skip To Map

Relying on a topographic map and a compass to hike around the woods is an old school approach that works in remote areas where cell phones don’t work.

Hiking off the beaten path is beyond hiking on a trail. Before hiking off the grid, people might begin with less strenuous regular walks that help build muscles and short hikes to learn what preparation needs to be done.

Four parks in the area lend themselves to people enjoying a hike off the trail.

Relying on a topographic map and a compass to hike around the woods is an old school approach that works in remote areas where cell phones don’t work.

Park are open from dawn to dusk.

What’s On A Topo Map

Two contour lines that merge into one line indicates a cliff – something else to avoid as the hike is planned. Small cliffs and ravines, such as are common in the area, may not show on a topo map.

Following the contour lines (by eye or with a finger) as the numbers gets higher leads to a peak where the lines form a circle. Climbing a little peak might be doable – but not a high one.

Thin black lines on topo maps are trails. Including trails on a hike can pace the walk and make it more enjoyable.

Roads and railroads are thicker, and are colored red or black.

Mine shafts, which are dangerous and should be avoided, may be marked.

Human-made structures may be shown on the map.

Topo maps include a scale. For instance, a 1:24000 scale means that one inch on the map becomes less than a half-mile (2,000 feet or 24,000 inches) of terrain. Using those calculations, people can lay a string on the map along a planned route, straighten the string and measure it. A string that’s 13 inches long works out to be about a 5-mile hike, which is a good first hike.

The Orange Trail at Mingo Creek County Park is about 5 miles long. Walking the Orange Trail can help people learn whether they can hike 5 miles off-trail. Walking trails before going off-trail also familiarizes people with the terrain, which can help them plan a better off-trail experience.

Print a custom topo map from CalTopo, which can be accessed through a browser or downloaded to a smartphone as an app. The app has a free tier. CalTopo has a paid feature that overlays slope angles, allowing people to figure out whether a route is too steep.

Planning an off-trail hike calls for more attention to safety than a simple walk or day hike on an established trail.

Wandering off the trail can have serious consequences.

Hiking at the PA Department of Conservation and Natural Resources (DCNR)

There’s enough information on a topo map to … find your bearings in a pinch.

Forests can include areas with delicate habitats that can be destroyed by careless hiking. Animals can be spooked by people walking through their territory. People should be careful about how and where they walk.

As people move from taking regular walks to short hikes to a hike with a topographic map, they can plan a hike off the beaten path using printed topo maps and a compass that will work even when the cell phone signal is lost.

Four places to hike off trail

This article was published in March 2022 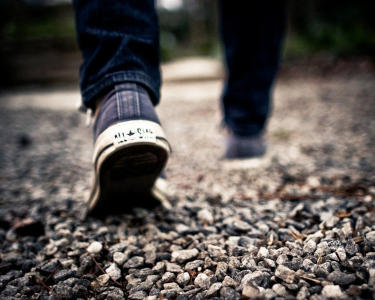 Places To Walk In Washington County 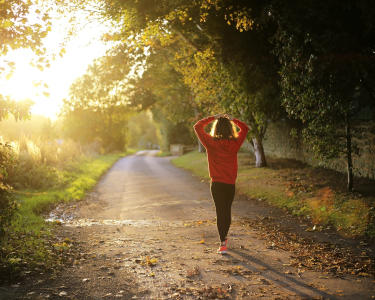